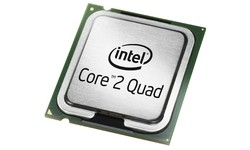 I can't comment since I have always had good fans and Intel stock fans don't do it for me.

As long as it is a good overclocker, I do not plan on upgrading anytime soon.

The overclocking ability ensures that you get $1,000 performance for $200 price.

4 cores and 8MB L2 cache assist in encoding of videos. I say this because I had a Core 2 Duo e6600 with similar set up settings, but since I got this, my video encoding increased tremendously. Gaming wasn't as noticable until i started playing demanding games like Crysis, Farcry 2etc.

Even at default speeds, multitasking has never been a problem.